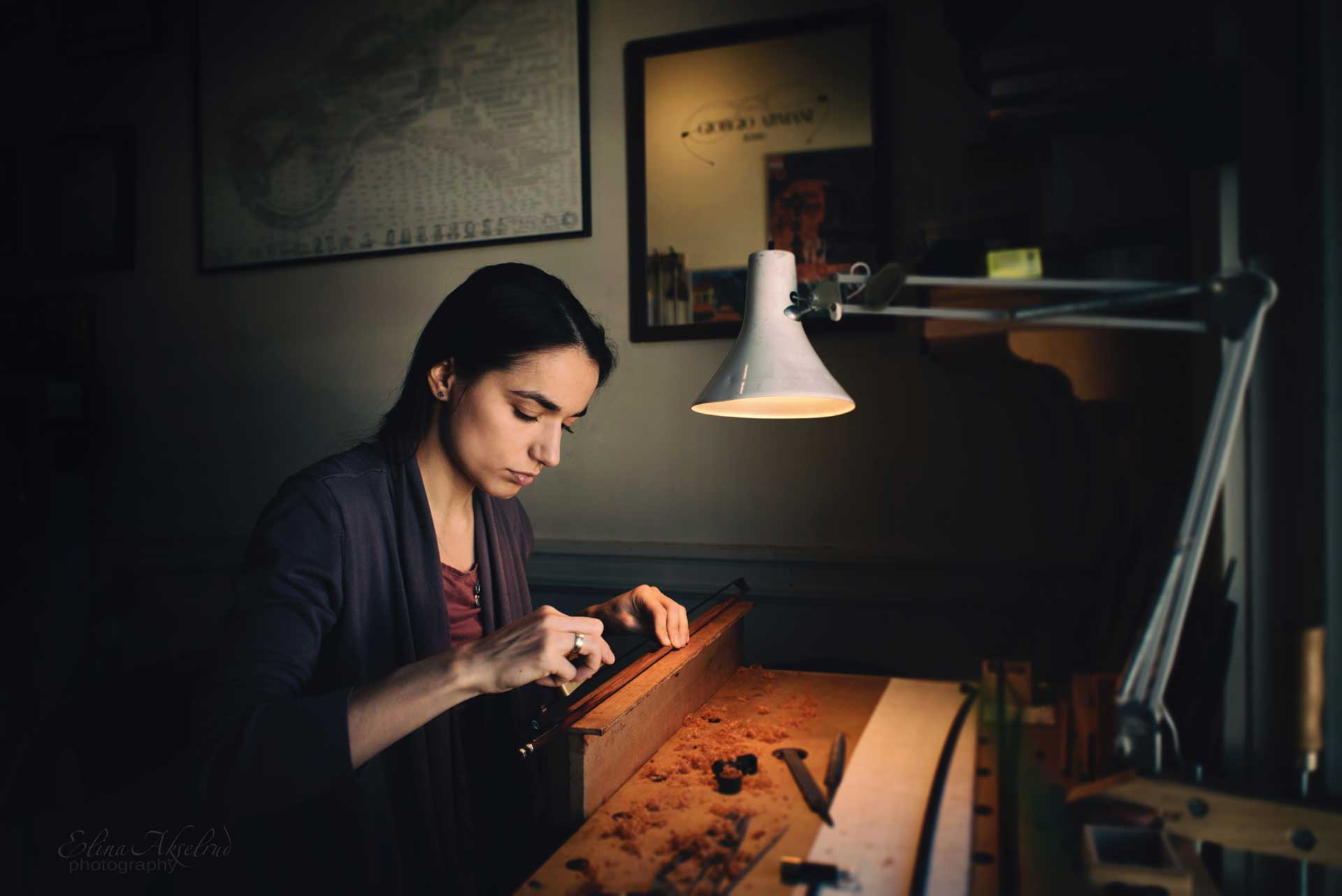 Mariia Gorkun was born in Kyiv, Ukraine. She received professional training as a violinist, earning a Master of Music degree from the P.I.Tchaikovsky National Music Academy of Ukraine, as well a second Master of Music degree from the Longy School of Music in Boston, Massachusetts. Before dedicating herself full-time to bowmaking, Mariia performed several seasons with the National Opera of Ukraine in Kyiv, one of the top orchestras in Eastern Europe.

Mariia began her violinmaking career in 2011 under the guidance of Roman Shmigelsky in Karpaty, Ukraine. She finished her first viola in just 2 months, and the instrument is now played by a professional violist. From 2011-2013, she apprenticed with the late Eduard Kobyliansky, one of the most celebrated violinmakers in Ukraine. She went on to work as a violin and bow restorer and maker at the Kyiv Lysenko Special Music School from 2012-2016, while also taking Summer courses with renowned American bowmaker David Hawthorne in Boston. Mariia began working as a full-time assistant to David Hawthorne in 2016, while continuing to make her own new bows independently.

From 2017-2019, Mariia participated in the Violin Society of America's Oberlin Summer Workshops, and in 2019, she completed an apprenticeship with a highly respected bowmaker Sue Lipkins in Woodstock, New York. Mariia was voted into the American Federation of Violin and Bow Makers in 2021.

Mariia's modern and historical bows are played by members of Kyiv Opera Orchestra, Kyiv Philharmonic, Kyiv Chamber Orchestra, New England Philharmonic, Boston Baroque, Handel and Haydn Society, and the Boston Pops. Her article on how to select a new bow was published by The Strad in the November 2017, and her unique story as a bowmaker was featured in Strings magazine in May 2020.

Yes! I do bow rehairs. Please, call or text to schedule an appointment. I do same day rehairs as well.

Order a new bow from the maker.

You can order a new violin bow, cello bow and bass bow made entirely by Mariia Gorkun, both Baroque and Modern. Please, call for more details.

Here you can find some of my works: (click on the picture)